Japan often looks more like a country of corporate titans than budding entrepreneurs. There are certainly examples of entrepreneurship in the 21st century Japanese economy – Uniqlo, Rakuten and Softbank come to mind. But they are vastly inferior to the big, lumbering, longer-established firms.

There are 50,000 high-growth small and medium-sized businesses in the United States (that is, companies that have grown at least 20% annually for three consecutive years). There are 16,000 such SMEs in Korea, 13,000 in the UK and 10,000 in France. In Japan nobody knows how many there are because the government does not keep statistics on SME growth.

This is not good news for the Japanese economy. It is widely accepted that start-ups and SMEs are key to creativity and innovation. Fortunately, reviving Japan’s entrepreneurial spirit doesn’t have to be a pipe dream. Japan used to be the land of entrepreneurship. In fact, until recently, the Japanese economy was extremely dynamic, with companies coming and going quickly.

In 1989, half of the 1,700 non-financial companies listed on the Tokyo Stock Exchange were formed after World War II. If you look at the 120 largest electronic hardware companies in 1979, you can see that almost half of them were SMEs in 1955. Among them were companies like Seiko and Sharp, which later became today’s corporate titans.

Contrary to popular belief, these companies did not simply mass-produce Western technologies. The secret of their success lay in their willingness to embrace new technologies. They invested enormous sums in research and development to produce products we take for granted today, including the LCD screen used in digital watches and calculators, and the C-MOS chip developed by Sharp and later Toshiba and this enables companies to pioneer mass-market laptops.

Over time, Japan’s most successful companies have dominated the domestic market, leaving little room for start-ups and SMEs. That’s to be expected, but eventually they lost their edge too. Unfortunately, this applies to all kinds of Japanese industries, from chemicals to printing to department stores.

To date, government policy has tended to be supportive of both large and small incumbents towards newcomers. For example, only 10% of government funding to support R&D goes to companies with fewer than 500 employees. This is the lowest level in the OECD. In addition, it is much more difficult for newcomers to obtain bank credit in Japan than anywhere else in the OECD. 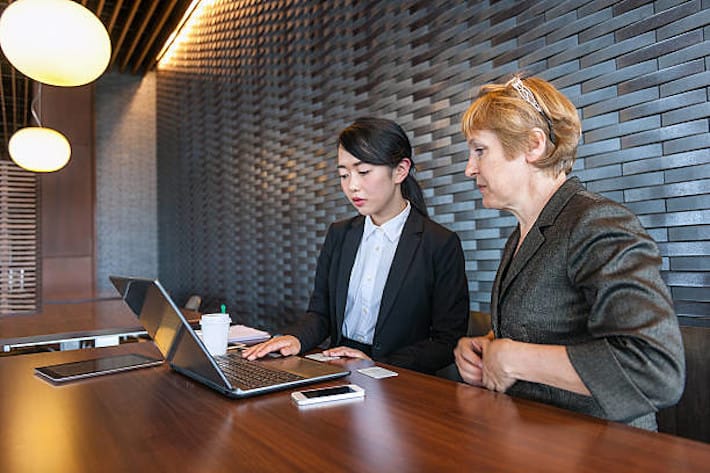 Nonetheless, there are many encouraging trends that, if encouraged by policymakers, could revitalize Japan’s earlier entrepreneurial traditions. One of the biggest issues potential entrepreneurs point out is recruitment, but this has become much easier than it was a few decades ago.

People in their 20s and 30s, especially those with IT skills, are more willing to change jobs than their parents’ generation was. Start-ups and SMEs are also more attractive to talented women, many of whom cannot be promoted in traditional companies.

Another factor that benefits newcomers is e-commerce, which allows SMEs to bypass established logistic systems and gain direct access to their customers. In 2002, Rakuten was a furniture manufacturer with sales of just $1 million. Thanks to e-commerce, it generated sales of $160 million by 2019.

If you have a brilliant idea and are wondering how best to bring it to market in Japan, don’t be discouraged. Shifts in the job market, new technologies and changing attitudes make it easier than ever to start a new business in Japan. Gambatte kudasai!

If you are interested in learning more about entrepreneurship in Japan, you can watch the Zoominar that Richard Katz, Senior Fellow at the Carnegie Council for Ethics in International Affairs, recently attended for the UC San Diego School of Global Policy and Strategy Japan Zoominar. The link is here.